Brick-and-mortar casinos are almost as old as time. It’s kind of difficult to point your finger at the exact moment when they popped into existence. According to good old Wikipedia, the word has Italian origins and can mean “small country villa, summerhouse or social club”. In the 19th century, the term was used to describe public buildings where all sort of hedonistic activities took place: dancing, music listening, sports and, of course, gambling.  The origin of gambling is also kind of difficult to pinpoint. People seem to have been interested in these sort of games since forever. For instance, the Ancient Greeks were huge fans of dice games. Ancient Indian texts like Rigveda, Atharvaveda also mention games that involved dice rolling.

But the first “modern” gambling house was established in Venice, in 1638, by the local government to provide state-controlled gambling during carnivals. In the English-speaking part of the New World, in the US, gambling establishments used to be called “saloons”. Later, almost all states outlawed gambling, with some notable exceptions: Nevada, where America’s first legalized casinos were set up (most notably in Las Vegas), and New Jersey, which allowed gambling in Atlantic City 43 years ago.

In Britain, casinos were members-only clubs at first, while the law limited the number of slots machines an establishment could have. The legislation became looser throughout the 60s, so more and more commercial casinos started to appear across Britain. Decades later, the Gambling Act of 2005 allowed for Las Vegas-style super casinos to be built once every few years. Manchester was the first city to win the bid for such a project, but the plans were scrapped by the then prime minister, Gordon Brown.

The birth of online gambling

Some might say the origin of online casinos is also kind of shrouded in legend and mystery. Well, not really. Online gambling is almost as old as the Internet itself. Microgaming, an Isle of Man-based software company, claims on its website to have developed the world’s first online casino in 1994, called The Gaming Club. That particular casino didn’t stand the test of time, of course, as the games where pretty rudimentary for modern standards and the industry was not very regulated, but it was one important step into the future. As time passed, the number of websites increased and online gambling became more and more popular. One such website is InterCasino, a platform founded in 1996 that is still operational today (not in the UK, though).

In the late ’90s, the first Poker online platforms started to pop up. By that time, according to GamblingSites.com, the market was already huge, being evaluated at $830 million. Then, as technology got better and better, something magical happened: multiplayer gaming became a thing. Both for console/PC games and online gambling. The competition level rose to new heights, the games became better, bonuses and offers evolved, progressive jackpots became more prevalent, themed slots grew in popularity and fancy VIP schemes were introduced to keep customers loyal.

A game-changing moment was Chris Moneymaker’s huge win at the 2003 World Series of Poker. Why’s that? Because at the time he was a nobody, an average Joe who worked as an accountant in Tennessee. He won his seat at the championship’s main event through a $86 tournament in a PokerStars room. That’s right, he got to sit at the big boys’ table by playing Poker online. That may not seem much nowadays, when online casinos are spread all over the globe, from Canada to India, but back then, the Internet was still in its infancy and such a feat was really something. His victory also gave birth to the so-called Moneymaker effect, which inspired tons of people to get into online gambling, with the hope that sitting in front of a computer will someday earn them more money than having a real job. It doesn’t really work like that, but, nonetheless, the moment proved to be a crucial boost for the industry.

Fast-forward to the present and we see that the online gambling industry makes billions of dollars annually. But plenty of work remains to be done. For one, dozens of rogue online casinos are still roaming the vast and treacherous seas of the Internet. Some countries are turning a blind eye to all sorts of unethical business practices and their legislation related to the field is almost non-existent. Fortunately, most civilized states out there have very strict rules and standards put in place, so this sort of gambling is getting safer and more enjoyable by the day. 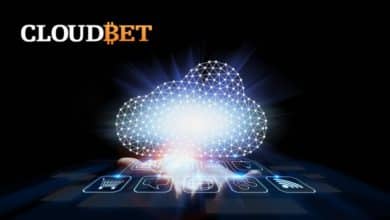 How You Can Bet Better at CloudBet